The
Pinch A Penny Story

Pinch A Penny Was Founded as a Family Business, and That Is How We Have Grown

A man, his journey and
the history of Pinch A Penny

In 1974, Fred Thomas had a promising career in Ohio with the opportunity to move to Florida with his company. With the support of his family, they sold their home, bought a house in Clearwater, Florida, and excitedly prepared for their journey south. Like many stories about change, this one includes facing challenges and overcoming adversity.

Unfortunately, for Fred and his family, the promise of the job in Florida was rescinded on moving day. Fred needed a Plan B, and fast. He needed to support his family, and their savings were dwindling rapidly. Fred had to get creative.

As a gifted salesperson with an incredible work ethic, Fred determined that for a quick source of income, he would become an independent manufacturer’s sales representative for as many manufacturers as he could find that were looking for representation in Florida. He sold everything from barbecue grills to wooden shelves to ceramic figurines, even wood glue. Along the way, he met a producer of swimming pool chemicals who had no customers in Florida, and Fred agreed to become his Florida sales agent. 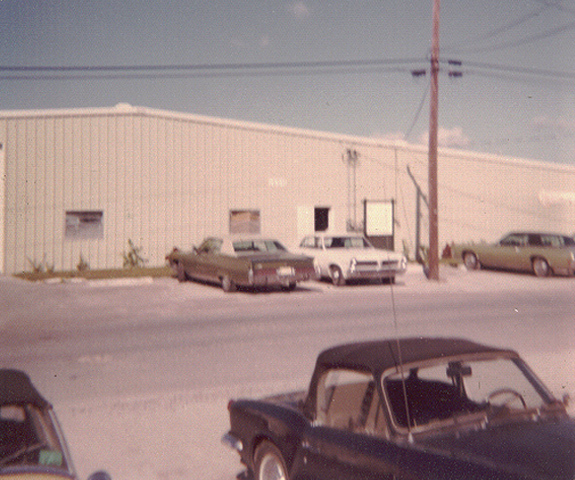 Fred jumped on the new business opportunity, and in just a few months, he had an order from a regional chain of drug stores that not only wanted to sell pool chemicals, but also nets, brushes, test kits and other basic pool care items.

Unfortunately, the order was canceled just after it shipped, and Fred had to accept delivery and pay for the products with money he did not have. Resourcefully, he rented a small warehouse for the pool chemicals and supplies and ran classified ads to sell it directly to the public on weekends. To communicate that he was selling the products at a discounted rate, he coined the name “Pinch A Penny.”

The “Pinch A Penny Warehouse Outlet” was an immediate success. Pool owners came from miles away, and products sold out fast. By 1975, Fred realized that he should convert the warehouse into a full time retail store, and Pinch A Penny was born. He saw the potential for pool supply needs. Demand was high, and sales were exciting. Fred discontinued his pursuits as an independent sales representative.

Pinch A Penny became Fred’s main focus. He ordered more pool products, learned proper pool care and added repair services. His business grew quickly. He differed from his competition because he taught his customers how simple it was to care for their pools themselves. He included free in-store water testing and offered an alternative liquid pool shock, cheaper and more effective than the powder most manufacturers sold. Customers were thrilled to save money and see better results.

By 1976, Fred was ready to grow the business and open more stores to meet the demand from pool owners in neighboring cities. While Pinch A Penny was successful, Fred needed money to open new locations, and no bank would approve a loan. Banks found his pool business too new and unproven. But Fred was determined.

He launched a franchising concept that changed the swimming pool industry. At the time, only restaurants, gas stations and automobile dealers were using franchise models.

Fred had the foresight to know that if he could mirror the model of his first store through franchising, then others could enjoy the same success.

The Pinch A Penny franchise model

By the end of 1976, nine families – all customers who loved his first store – opened their own Pinch A Penny stores. Fred trained them and helped them secure inventory, find locations and open their stores. He even provided the advertising. The new franchises ran their own businesses using Fred’s formula, and the success multiplied. For the next 15 years, Fred and his franchise family grew to include about 90 locations throughout Florida, all following the same basic principles he used in 1976. 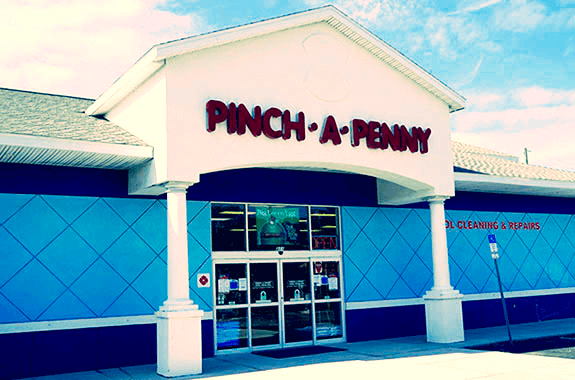 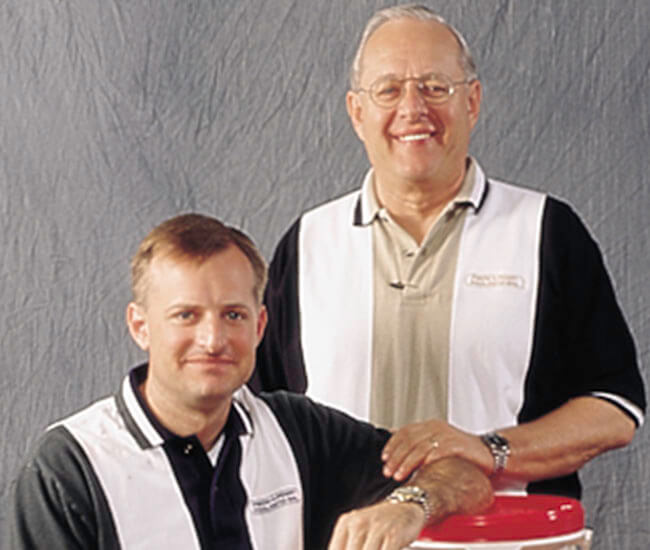 In 1990, Fred’s son John, who since age 8 had worked alongside his father in the stores, returned from college. John Thomas joined the business full time to continue his father’s legacy. In 1994, John Thomas became president of Pinch A Penny, and in 1998, his father named him the chief executive officer.

John Thomas led the organization’s growth through September 2020, when Jim Eisch was named President and CEO of Pinch A Penny. While the systems used for training, advertising, product procurement and store development have become more significant and refined throughout the years, the roots and foundation of what was started in 1975 remain at the core of the brand’s existence. Work ethic, a customer-first focus, having a servant’s heart and providing value to pool owners have led to success and stability for Pinch A Penny’s franchise partners and their teams. .

In December 2021, Pool Corporation acquired Pinch A Penny as part of the Porpoise Pool & Patio, Inc. acquisition. Peter D. Arvan, POOLCORP President and CEO says, "Working together, we are excited about the strong future growth potential that this addition brings to our distribution network. Porpoise is a unique and successful distribution company in the swimming pool industry that has developed and deployed specialty trade systems, tools and support capabilities specifically attuned to the needs of their franchised stores. I’m looking forward to working with our new team members to build on their well-established distribution business and history of operational excellence."

Even after 45+ years, the company grows and succeeds by helping franchise owners invest in themselves and their families’ futures. As a result, the Pinch A Penny family continues to grow.

Set high standards of performance. Demand
quality and excellence in yourself. Make
course corrections when necessary.

Take care of the customers first. Be honest.
Follow through. Demonstrate patience/grace.

Search for ways to be better. Stay focused. Be
resourceful.

Question how everything can be done better.
Stay optimistic about all possibilities.
Constantly look for ways to learn and grow.